Eric Charles Chen, born in Princeton, New Jersey, began his violin studies at four years old. He currently studies with Donald Weilerstein at the New England Conservatory and is also mentored by Stefan Jackiw. At nine years old, he had his first solo performance with the Livingston Orchestra and was accepted to Juilliard Pre-College where he began his studies with Naoko Tanaka and later studied with Cho-Liang Lin. Eric has received 1st Prize at the 2019 Cooper International Competition, the 2017 Juilliard Pre-College Concerto Competition and the First Sylvia Lee Young Violinist Competition in Taipei.

“I’m so honored and excited to be able to participate in the 2020 Menuhin Competition. Performing at the Menuhin Competition has always been a long-held ambition of mine, and getting to be a part of the Competition will be a major milestone in my growth as both a musician and a person. I look forward to learning from both the artists and my fellow competitors as well as exploring the city of Richmond!” 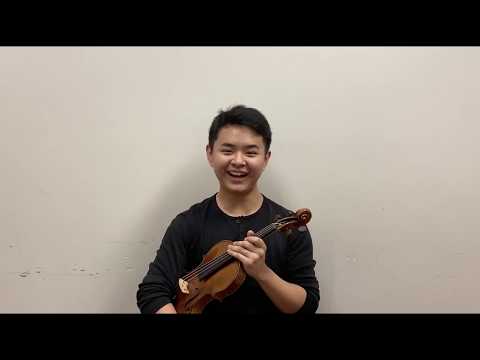