Kento Hong began his violin studies when he was six with Aimee Kreston and her teachers, Almita and Roland Vamos. He is a recipient of the David Weiss Scholarship from the Young Musicians Foundation. He made his orchestral debut when he was eight years old in Los Angeles.  Since then, he has performed at a number of prestigious venues, including Carnegie Hall. At the age of 10, Kento entered Juilliard Pre-College, where he studies with Dr. Anne Setzer. Kento is a 7th grader who loves to read books in his free time.

“I’m so excited because I’ve always dreamed about going to the Menuhin Competition! I love how the Menuhin approaches competition: it keeps in touch with the art form by supporting individual musicality, fostering a passion for music rather than one for just winning, and is a musical festival to have fun and build friendships instead of running a race. I look forward to seeing all the wonderful musicians, even the ones that are better than me.” 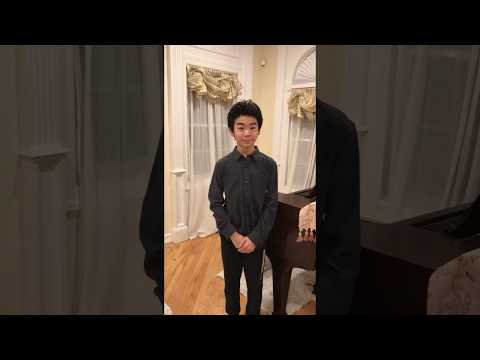